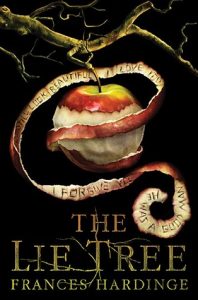 amidst the argument of God vs. Darwin’s theory of evolution. Faith, 14 years old, soon-to-be a woman, must feign ignorance in order to discuss natural science.

Speaking to a doctor who measures his patients’ heads, Faith remarks, Oh, you’re a cranionimist. When he balks and threatens to stop speaking, she timidly asks, Is that the right word? Due to her timidity he can continue. Message: a woman musn’t be too clever.

Faith observes that women “expand into the space left by men.” Various women maneuver differently, “without visibly changing, they unfolded, like flowers, or like knives.” Faith’s mother, pretty and clever in the ways of women-who-know-their-place, stakes her claim in the pecking order of the local caste, surviving on her good looks—unfolding as a flower to impressive results. These are her tools in an unfair world. At first her mother’s coquetry is abhorrent to Faith, but she learns to appreciate her mother’s high intelligence.

Faith’s father, a clergyman and natural scientist drinks tea along with his colleagues “while racing their rival theories like prize ponies.” The men speak science. And argue God vs. Evolution. Could God have created imperfect animals? No. Faith longs to join the discussion—and argue—but she’s doomed to drink tea with her docile mother and the ladies. 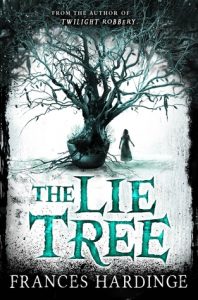 Faith thinks of herself as dull, prim, and shy. We see her as daring to be inquisitive. When she tells her stern and revered father that she is clever he accuses her of being burdened with “repellant vanity.”

Mystery opens the story with her father being banished from London to avoid a scandal. We know it has something to do with the credibility of his research. But what has he done? One third of the way through, a death occurs in the family. Is it an accident? Suicide? Murder? This book, besides providing insight into a precursor to our society, is a page turning thriller.

Characters are playing each other. Faith is no exception. Playing on the servant’s superstitious natures, she sets up situations which reek of witchcraft. The servants are terrified and the remaining family members fear the servants. Hardenge sums up one scene, saying, the room “crackled of fear.”

Most nights, Faith risks her life to row out into the night-time bay to a cave where her father has hidden a struggling plant he’s brought from London. The fruit from this plant, “the lie tree,” bears fruit when someone utters a lie to it. The fruit, in return reveals a hidden truth to that person. Faith wants the truth and goes to great extremes to get it.

What wonderful imagination and stunning execution ground this award-winning book. First published last year in England, it’s only the second young adult book to be awarded the prestigious Costa Book of the Year (formerly “Whitbread”) since Philip Pullman won in 2001.