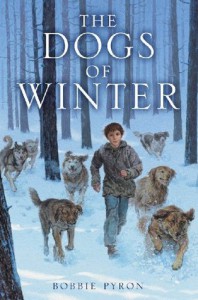 fall of the Soviet Union and its infrastructure was in shambles, gone were government-controlled health care, pension plans, and rent control. The poor were so poor they often couldn’t care for their children. The number of orphans and homeless on the streets were in the millions. Children formed packs as did the wandering dogs.

When winter approaches, Ivan’s mother disappears from their home and village. Five year old Ivan finds his way to the City (Moscow) where he seeks refuge near the heat vents in the subway system. So do many homeless children and adults, many of whom sniff glue, are alcoholics, or are desperately violent. It’s a version of Oliver, without the music, where children beg, steal, and worse. So, yes, it’s like Charles Dickens’ London—but in the present.

Ivan is part of a band of orphans who must steal to pay fourteen-year-old Rudy, in turn for his protection. It’s a relief when Ivan is adopted by a pack of feral dogs. It’s a point of pride that rather than steal, he begs for money to buy food for himself and the dogs. The dogs protect him from gangs of children and police who want to kick the unsightly homeless out of the subway tunnels. Ivan sleeps in a “nest of dogs,” names them, and they become a tight knit family.

Smoke leads the pack onto a train which carries them to new shelter when the frigid Russian winter sets in. Ivan smashes and wets sausage and bread to make gruel for the nearly toothless Grandmother dog. When rambunctious Rip and Lucky lunge for the gruel, the boy growls till they back off. He has asserted his authority and becomes the human leader.

Ivan tells the dogs fairytales that his mother had read, which allows him to keep a tenuous hold on his humanity. All the time, his yelping, staring, whimpering with the dogs, deepens his communication with them.

When a rich girl helps him you think, now, he will be cared for, but it’s only a small episode in a two year pilgrimage on the fringes of society.

When help finally comes, can he give up his life with the dogs and accept it? What a terrific page-turner! The whole family could read this together.