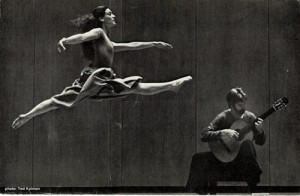 In 1976, Modern Dancer Patricia Hruby and Classical Guitarist David Onderdonk together created the Dance-Music Theatre of ONE PLUS ONE.

(from One Plus One flyer:) “Ms. Hruby, an accomplished dancer in a wide range of modes from classical ballet to mime, trained with members of the Martha Graham, Jose Limon, and Alwin Nikolais companies. She danced in London and New York City, before basing One Plus One in Champaign, IL. Her choreography has a sure touch complemented by a great sense of the dramatic impact of movement. [She received choreographic awards from both the National Endowment for the Arts (1980) and the Illinois Arts Council (1988 and 1991)].

Like Josephine, I danced all around the world. Unlike Josephine I was not a global sensation. Although One Plus One was invited to perform in Europe, and throughout South America, the Caribbean and the U.S. I occasionally still perform with a group called Spinnin’ Slidin’ Scratchin’. And I tango dance.

“Mr. Onderdonk possesses a musician’s instinct and a physicist’s grasp of the sound musical instruments could and indeed can produce. Although the classical guitar is his basic instrument, for One Plus One, he comfortably shifts to primitive woodwinds and a variety of percussion instruments. [In high school, David was a state champion gymnast on the high bar, which was his training for dance performance].

“Out of this combination comes a blend…of movement, sound, drama and above all else, feeling.”

The above photos are from Indeterminacy Principle (1978) developed in collaboration with Jim Staley, Mark Ludke, and David Onderdonk and choreographed by Patricia Hruby. 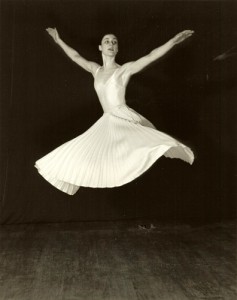 Throughout the United States, Central and South America, and in Europe, ONE PLUS ONE delighted audiences and won critical acclaim. Their innovative and fresh approach captured new audiences and added new dimensions to Dance-Music Theatre [from 1976 to 1992. ONE PLUS ONE performed in many U.S. colleges and cities, toured extensively in Central America, South America, and the Caribbean on U.S. State Department tours (1978 and 1980) and to Ljubjana, Yugoslavia (1978) and Europe (1983).]

Emily, choreographed by Corrine Bougaard, now the artistic director of Union Dance in London, was inspired by Emily Dickinson’s poem “I started early, took my dog”. Corrine taught Patricia the dance after One Plus One performed in Yugoslavia and, on the return home, visited Corrine in London. Patricia and Corrine had both studied at the London School of Contemporary Dance.

My partner in One Plus One, David Onderdonk, is actually an incredible guitarist, but I’d convinced  him to dance because he’d been a state champion gymnast and he was just a naturally beautiful mover. 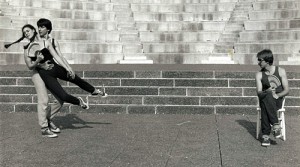 People And Other Species, an evening length work, included sections entitled Bee, performed on roller skates; Fly; Dragonfly and various other species. The work was developed in collaboration with Stephen Katz and David Onderdonk. 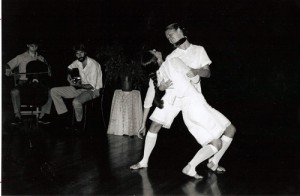 Album was choreographed in 1978; its first cast was Patricia with Kathy Kleeman; then Patricia, with Deb Riley, performed it in New York City. Morgan Powell and Ray Sasaki were the musicians for various other performances of the piece. 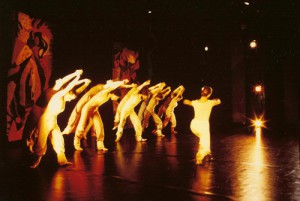 Myth was performed at Krannert Center for the Performing Arts in Urbana, Illinois, and at MoMing in Chicago; with live musicians and twelve dancers. The beautiful backdrops (acrylics on canvas) by Donna Essig depict the yin yang theme of the dance. Materials for the dance were developed from the dancers work with contact improvisation, under the guidance of the choreographer. 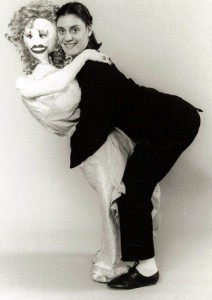 When Patricia grew lonely at an “artist residency” in southern Illinois, living in a cabin on Lake Mattoon, she created Dolly with rib, needle, thread, glitter, eyelash and fingernail. Dance for Dolly was the first dance she did with Dolly. Next came Kuder Dance (1987), one of Patricia’s story pieces taken from her high school days based on the outcome of a Kuder Preference Test. Outcome: She should become a shepherd. Second choice: fireman. 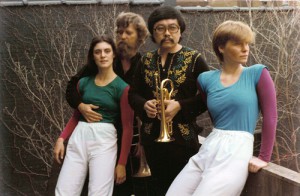 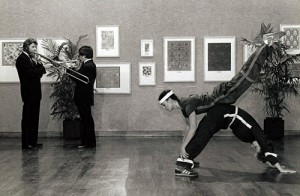 Comprised of dancers Patricia Hruby and Debra Noble and musicians Morgan Powell (trombone) and Ray Sasaki (trumpet), began as a completely improvisatory group. The dancers employed contact improvisation, used ropes rigged from the ceiling, and handles sewn to their costumes to augment the form. The musicians also moved/danced, and the quartet eventually did choreographed works such as Dickel Seven (choreo: Hruby 1988) and commissioned a piece from the great choreographer Beverly Blossom. ONE PLUS ONE…Quartet performed in Champaign, Cleveland, New York City, Paris, Vernon, Cologne, Florence, and Rome, among other places. (Debra Noble was eventually replaced by dancer Daniel Halkins). 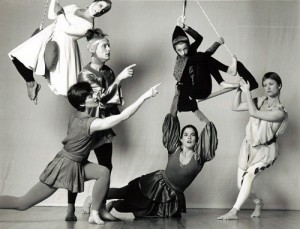 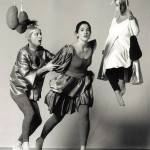 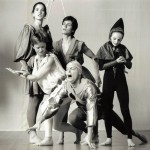 Work on A Woodland Tale began two years before its final performance. Patricia had used five swings in a piece commissioned by the Painted Bride in Philadelphia (Viriditas- 1986) and went to Berkeley, CA to study low-flying double-decker spinning trapeze work with its founder, Terry Sendgraff. She returned home to teacher her cast of twelve dancer/actors the art of trapeze work, and to train them to use their voices as part of their bodies. The result was A Woodland Tale which was first performed at White Street Art Center where the dancers flew out over the audience on their trapezes; then at Parkland College Theatre, where perfomers had to learn to swing only laterally so as not to disrupt the stage lights on their hanging beams. The chorus and ensemble sang and played live at both venues. 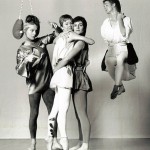