In “Kindred Souls” by Patricia MacLachlan (Harper Collins-Katherine Tegen 2011) 10 year old Jake lives on the prairie with his family, including his beloved 88 year old grandfather, Billy. When his grandfather longs for the sod 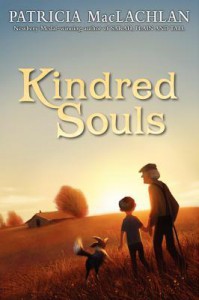 house in which he grew up, Jake resists Billy’s idea of building such a house.

A sweet dog appears whom old Billy names Lucy. When Billy is rushed to the hospital Lucy is bereft. Jake, at first, reluctantly, helps his older siblings cut squares of sod, to build the house in hopes that Billy might recover.

MacLachlan (Newbery Medalist for “Sarah, Plain and Tall”) is a master of the seemingly simple and understated. This small book of large print, barely more than 100 pages, runs deep. What a great accomplishment it could be for a new reader to read this serious, at times joyful, profound book. 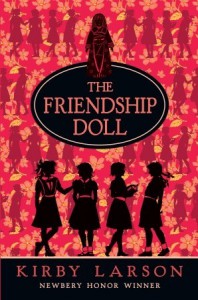 For a more advanced reader, try the novel, “The Friendship Doll” by Kirby Larson (Delacorte 2010) at 200 pages. Miss Kanagawa was one of 57 dolls sent from Japan to the children of the U.S. in 1927 as a diplomatic offering. That part is fact.

Miss Kanagawa begins the story in a haughty voice, but as she changes the lives of four American girls that span the time of the Great Depression, so, too, does her heart change. Each character comes alive on the page, starting with Bunny from New York City, a privileged child jealous of her friend. Miss Kanagawa helps avert an act of revenge. A few years later Lois Brown of Downer’s Grove, Illinois, encounters the doll at Chicago’s Century of Progress World’s Fair of 1933. The doll is the catalyst for Lois’ epiphany of generosity.

In 1937, the doll shows up at a rich, spoiled woman’s home in Kentucky and comforts the loveable back woods Willie Mae, who has come to read for the old woman. Next Lucy travels the rough road from dust bowl Oklahoma, 1939, with her father to California where she encounters Miss Kanagawa. Finally, Mason encounters the somewhat frayed doll in his attic in present day Washington, at which point the reader discovers Lucy’s fate. It’s a satisfying twist to the story.

In the end matter we’re told that of the 57 original dolls, 13 are missing today. The author challenges her readers to help find those missing friendship dolls. Check out the attic for starters.

It’s difficult not to compare the book to “Hitty Her First Hundred Years” by Rachel Field (1929), winner of a Newbery Medal. Hitty is a wooden doll carved early in the 19th century, who lives with her various owners in far flung parts of 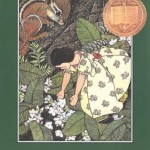 the world and for awhile is lost under the sea.

All three books are well worth reading.