Allison runs away from her London home and her abusive father to the coastal town of Bude in Cornwall, England. Kelley-Ann, her father’s 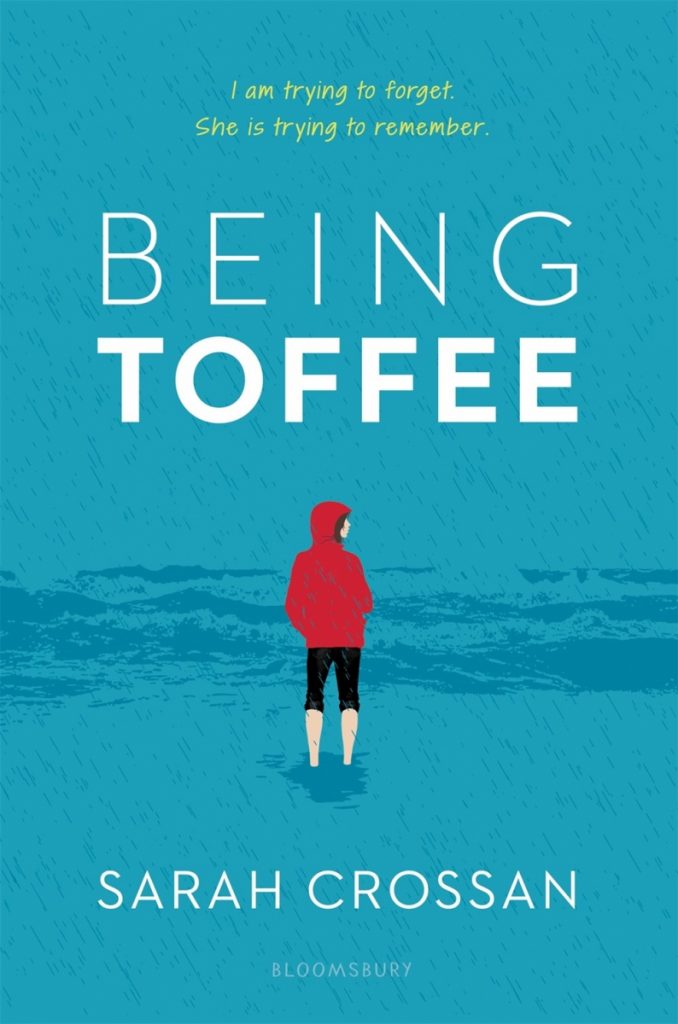 girlfriend, “escaped” earlier and asked 16 year old Allison along but Allison wasn’t ready to desert her troubled father. We know the father has injured Allison—there’s a mark on her face, but it’s quite a while until we get the details of how it happened, in the remarkable book “Being Toffee” (Bloomsbury 2020) by Sarah Crossan.

Allison finds a shed behind a deserted house near the beach, curls into a ball and sleeps the night. Come morning, she looks in the window of the deserted house and comes face to face with an odd old woman—it isn’t deserted after all. Allison bolts, but the woman calls after her, “Toffee.” Allison realizes she’s not being offered candy. The woman thinks she’s a long-lost friend named Toffee.

The woman, Marla, invites Allison in. Allison is quite willing to be “Toffee.” She’s hungry. She asks for a hot cross bun sitting on the counter, eats it, asks for another and devours it as well. Marla goes in and out of spells of dementia. When Marla goes upstairs at day’s end, Allison/Toffee finds a spare room and sleeps in a bed. Heavenly.

Allison says, “I am not who I say I am,/ and Marla isn’t who she thinks she is./ I am a girl trying to forget./ She is a woman trying to remember.”

Allison has left her phone in London so her father can’t track her. But now she has no means of contacting Kelley-Ann. While Allison hides in the upstairs bedroom, Peggy, Marla’s occasional caretaker comes to the house. Allison hides under the bed. Marla tells Peggy about her new friend “Toffee,” but Peggy thinks she’s delusional. Marla’s dementia is working for Allison.

Allison finds rich girlfriends on the beach and drinks with them, saying, “…glug/ glug/ glug/ to prove I am fun,/ someone to invest in.” Allison begins doing their homework assignments in exchange for money and is able to pay Marla back more than she’s taken. Allison and Marla begin to take excursions together. They are lovely together.

In a conversation between the two, Allison says, “You come in and out of yourself, I say./  She laughs./ Sure, don’t we all?”

Eventually Allison contacts Kelley-Ann and together they are squatters in Marla’s house. There are surprises that I don’t want to spoil. But I’ll say, the outcome is authentic, moving, and heart-breaking—like life. Written in exquisite and accessible verse, “Being Toffee” is a must-read for anyone who cares about a person suffering dementia—or anyone who loves a great story beautifully told.