Vincent Chin, a young Chinese American man was preparing to marry in Detroit when he and his three buddies spontaneously visited the Fancy Pants strip 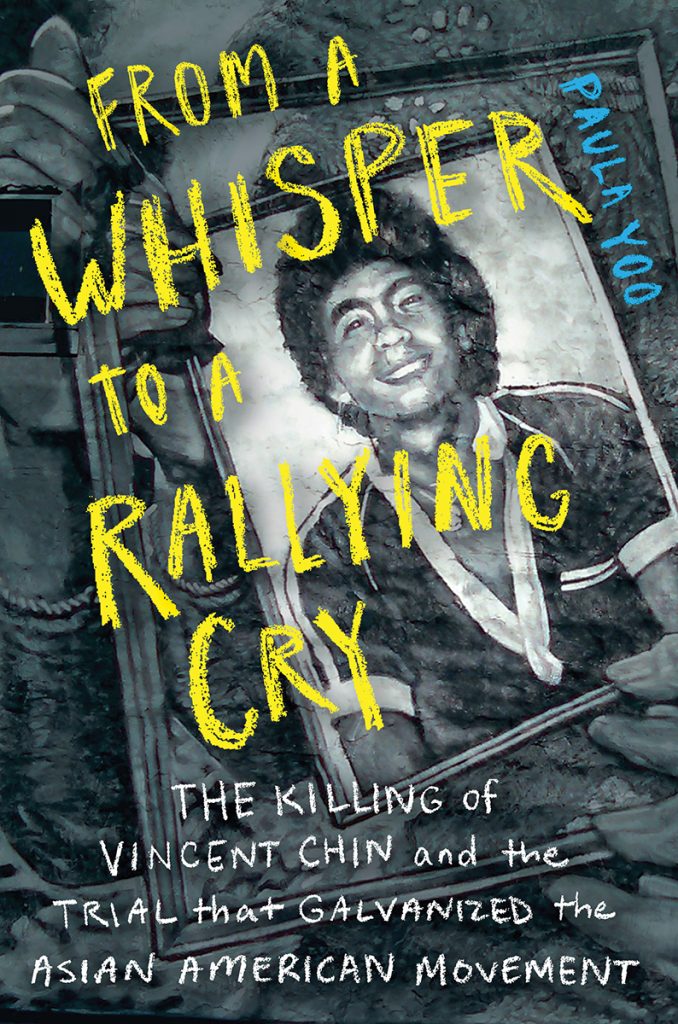 club for his bachelor party on June 19, 1982. Detroit, at the time, was suffering steep unemployment in the auto industry and many workers blamed it on the burgeoning success of Japanese-made automobiles.

A fight ensued inside the club—Vincent and his Asian American friends on one side—two white auto workers, on the other side. No one could verify who threw the first punch although the club was crowded with both dancers and customers. The men took the fight outside. When the white man, Ronald Ebens took a baseball bat out of the trunk of his car, Vincent and friends fled down the street.

Vincent and one friend separated from their other two friends. They were sitting on the curb in front of McDonalds when Ebens and stepson Michael Nitz arrived in their car, got out and beat Vincent to death in the street with the baseball bat. They later testified that they were not pursuing Vincent, they just happened upon him, although another man testified that Ebens gave him $20 to help find Chin.

So begins “From a Whisper to a Rallying Cry: The Killing of Vincent Chin and the Trial that Galvanized the Asian American Movement” (Norton Young Readers 2021) by Paula Yoo. The book describes the police investigation, court cases, and the families of both the victim and perpetrators.

The police questioned the perpetrators and the victim’s friends, the McDonalds security guards, but never interviewed the various dancers at the club. The two white men pled guilty and were charged with manslaughter rather than first or second degree murder.

On March 16, 1983, at the sentencing hearing only the perpetrators and their lawyers were present. Vincent Chin’s attorneys was not notified of the hearing. Judge Kaufman sentenced each man to three years of probation and $3000 fine. Neither man spent a single night in jail for killing a man on the streets of Detroit in front of multiple witnesses.

Once tried there can be no retrial for the same crime. But a year after Vincent Chin was killed the Asian American community came together to charge Ebens and Nitz with violating Vincent Chin’s civil rights. Was this a hate crime?

In the new case a dancer testified she’d heard Ebens say, “It’s because of you little m*f*ers that we’re out of work.” The prosecutors were looking for the word “chinks” or “nips” or other racial slurs. Vincent was of Chinese descent, not Japanese, but all Asian Americans in the eighties were grouped together and called Orientals—which at the time was not considered a slur.

The Asian American community lost their case again, but this did mark the onset of the Asian American Movement and heightened awareness of their rights. If you do nothing else, read the timeline in the back of the book and marvel at the injustice perpetrated on Vincent Chin.